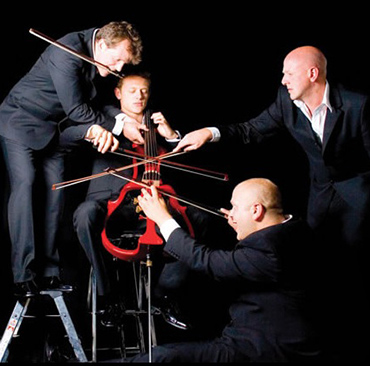 Since 2009 Stringfever have completed 6 Tours of The USA playing their extended show in 60 towns & cities across 25 States.

Since 2004 Stringfever have performed their after dinner show at over 900 major corporate events throughout Europe. Gala dinners, Award Ceremonies, Christmas Parties, Conferences. Their show usually lasts around 30 minutes and is equally suited as a grand finale to an evening or for lifting the mood of an audience before an award ceremony or presentation.

Stringfever have performed at many private parties ranging from 21st to 90th birthday parties, fireworks parties and anniversaries.

Stringfever are now taking an extended version of their show (2 x 45 min halves) to venues around the world.